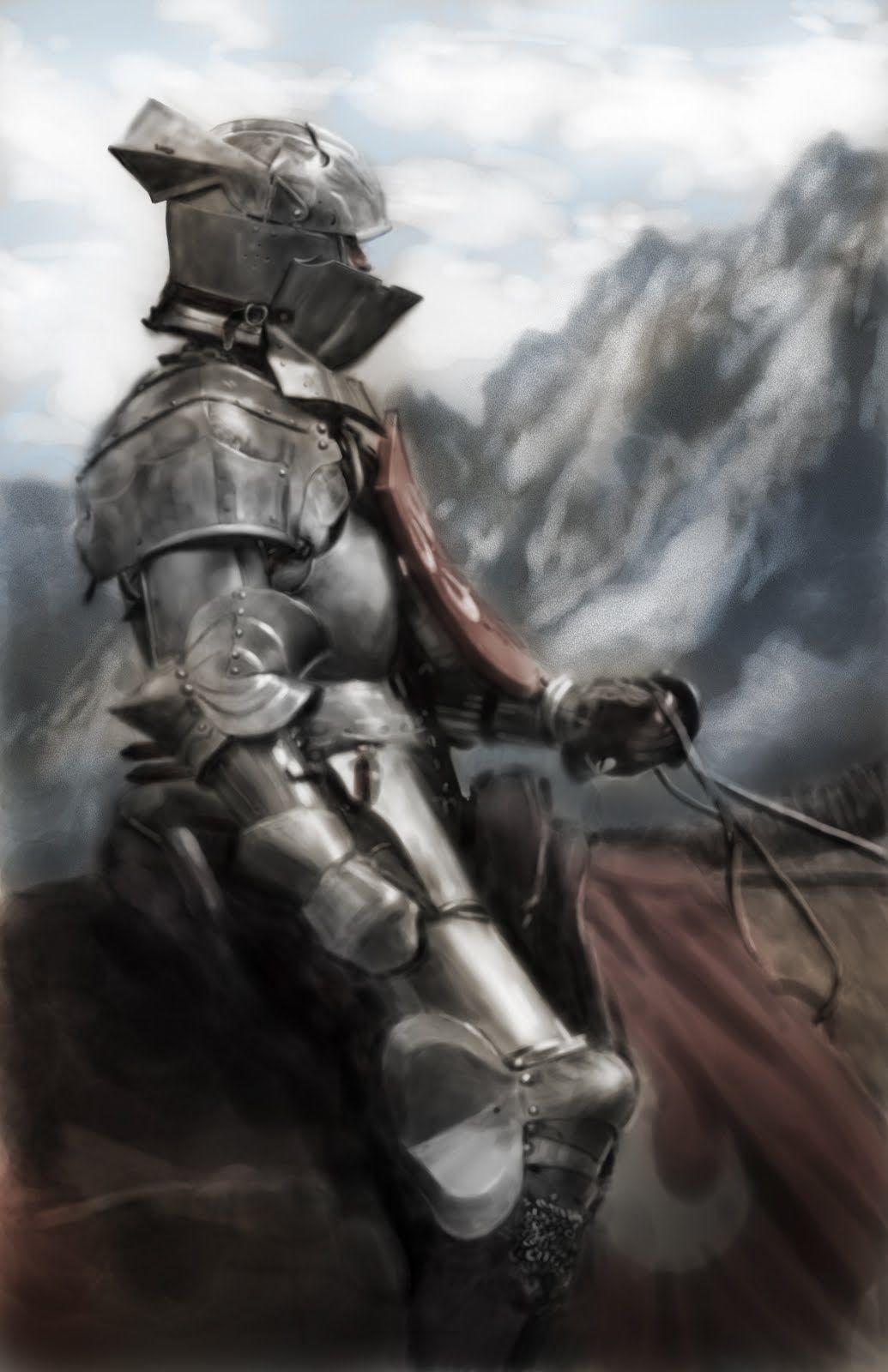 Guaranteeing that you have a stress free travel experience. Our Direct Airport Transfers provides a reliable solution for every budget.

We will be waiting for you at the arrival terminals even if your flight arrives early or is delayed. Our professional driver will be there to take you directly to destination in comfort. Melrose J — September 22, :. Will be using you guys again, we were so happy with the level of service my family and I received. Your email address will not be published. I am also trying to work in using the chutes as ladders given the player pays a resource cost. Details of this can be tailored in many ways to fit many games I think.

Right now it is not much more than a raw idea and not worth much as is I do agree that action rondels can add analysis paralysis if not implemented well I guess all I can do is try and see where this leads :. The "action" rondel has a "chute" every 2nd number. That's too highly likely that a player will "fall down" from the outermost ring highest values to the inner ring lower values.

The odds are way off in this "implementation".

Perhaps if you had four 4 rings instead of three Maybe then it could be more flexible. It doesn't seem very realistic to me with only 3 rings. The other matter is that the "green" links are "sequential" almost.

I think the IDEA is okay -- but there are several implementation issues with the current "model" if you like. Maybe if you address the "extra" ring and the "upward" Green links -- it could be viable although I'm not sure in what context I have no idea how you expect to use this "action" rondel But it seems to me that the current implementation is "flawed" but the idea is real good!

May the odds ever be in your favor The part that I think you might have missed in this is that players are not "trapped" into landing on a Chute by their die roll and the choice players have to land on the Chute is a beneficial one that grants them a second action. The Chute spacing is by design staggered.


I am also considering letting the players be able to "pay" a cost to travel up the red lines during a move. I might also just allow players to move either direction along the green path. I am sure those type of issues will be tackled once this is not just a raw idea. I am hoping to create a roll of the dice with a narrow variance that is between without a flat distribution as shown in the ANYDICE links above. Example: wrote: A player is currently on space 18 and is hoping to take the action on space The roll of the 2 custom dice has a total result of 3.

Each of these three spaces is attached to a shoot creating a place on the rondel that is hard to get past. There are three combos of actions the player might take. I realize the example can't be taken very far with out a frame of reference to what sorts of actions. The goal is to give the player "some" but not "total" control over the movement on the rondel. At no point would moving back to a lower part of the track be a "bad" thing and would be something that the players would want to do depending on what is going on in the larger game.

The goal is to create meaningful choices for what to do next while under some constraints. Thanks, currently it is not much more than a raw idea so it would need to be customized once I get to the point where there is a game to put it in. BHFuturist wrote Not sure how you work your numbers. Well then "blue" links are very valuable and in your samples, there are too many "red" links to follow.

If you implement this kind of mechanic You will probably find that the actions offered by the rondel average out to being more or less "balanced". Quest, bear in mind that this is only an action selection mechanism, and not the main objective of the game. Moving "up" the board does not put you any closer to winning. All BHF is doing here is taking a rondel and giving some alternate paths around it, and making it so that some of these paths allow multiple actions to be chained together. Whether those paths are "snakes" or "ladders" is pretty much irrelevant as I see it.

This looks like an interesting idea, though one of the big benefits of rondel-based action selection is its simplicity, so the more complex paths may make planning much harder. This isn't necessarily a bad thing, but it could add a load of complexity. That's because you are NOT "assuming" that the actions taken closer to 25 are better with respect to the other ring.

If you are "chaining" actions, like you say, wouldn't you want a mechanic that allows players the CHANCE of having better actions on their turn? If the answer is YES, well then you will need to put ways to "reach" the outermost ring which has better actions than the innermost one Quest, equally bear in mind that BHF said he was gonna use a pay action to go up the lines.

I think it'll work. I don't have the deep knowledge of the board game universe that some do around here, so I only know of one game and its sequel that use a rondel. The rondels in Imperial and Imperial have eight spaces with basic actions duplicated on opposite sides, and you can move 1 to 3 spaces for free. The net effect is that it raises the cost of repeating a basic action pay to move a 4th space or getting back to non-basic action in two turns.

This looks like a neat mechanic to keep players from getting in a rut. But a rondel with so many spaces relative to movement-per-turn must have some other goal in mind. Maybe this could be some sort of Momentum Meter, where higher spaces give more aggressive options but disable more passive ones, with the chutes being a way to ratchet down the hysteria.

With a theme involving mass hysteria, political posturing, etc. I can see the lowest-numbered spaces becoming inaccessible for example, can't move into a space more than 5 below that of the current-calmest team unless going from 25 to 1. Another use for a long rondel would be some kind of cyclical environment, but in that case I'd unwrap it into a circle with occasional short jumps forward and backward.

For example, new tech might go through a Hype Cycle. When something goes off the end, you can either cash out investor's positions, or involuntarily re-invest them in the successor product. I thought it could simply be a Deck of 25 Action cards. Or if used in a war game, maybe an Action Table. What could also be kinda cool is based on a die roll, let's say you get a "5", the next five 5 rondel actions can be chosen If you roll a "3", you get three 3 actions you can choose from, and so on Yet no one knew the internal battle that he fought with much higher stakes.

John Haack joins 6 Pack Lapadat and Kafui Hotsonyame to discuss the Jesse Norris debate, how King of the lifts got him fired up, what his goal at Tribute was, whether the lbs Special Throwback Episode! Julius Maddox joins 6 Pack Lapadat and Paul Maranzan to tell his story about being raised in the projects, growing up with addiction in the house, battling depression, becoming a drug dealer and user, and facing prison time. Then at 25, he changed his life. After getting under a barbell to bench press Julius quickly found out why he was still here.

At 6'4" and lbs, the giant Julius is chasing history to break one of the sports most legendary records, the all time biggest raw bench!! The odds are stacked against him, but they always have been. This time however, he will not face the challenge alone, but with his whole community behind him. Hear the extraordinary story of Giant Julius Maddox!!! 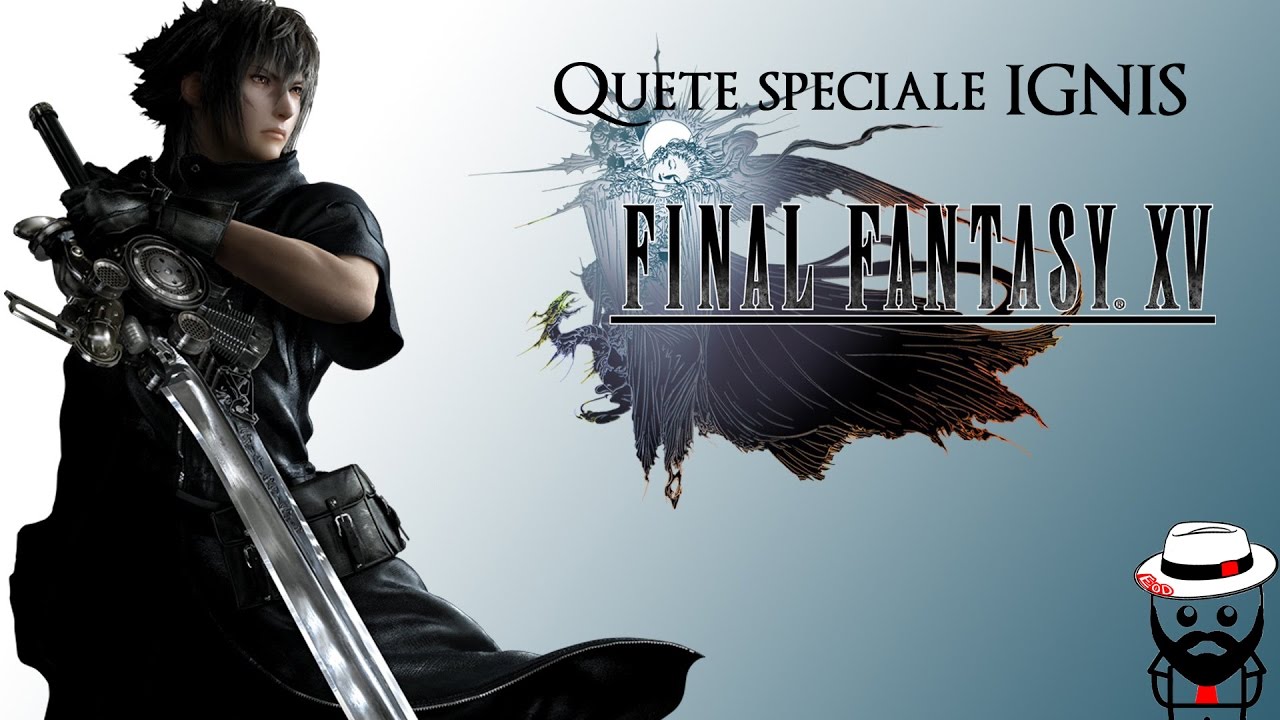 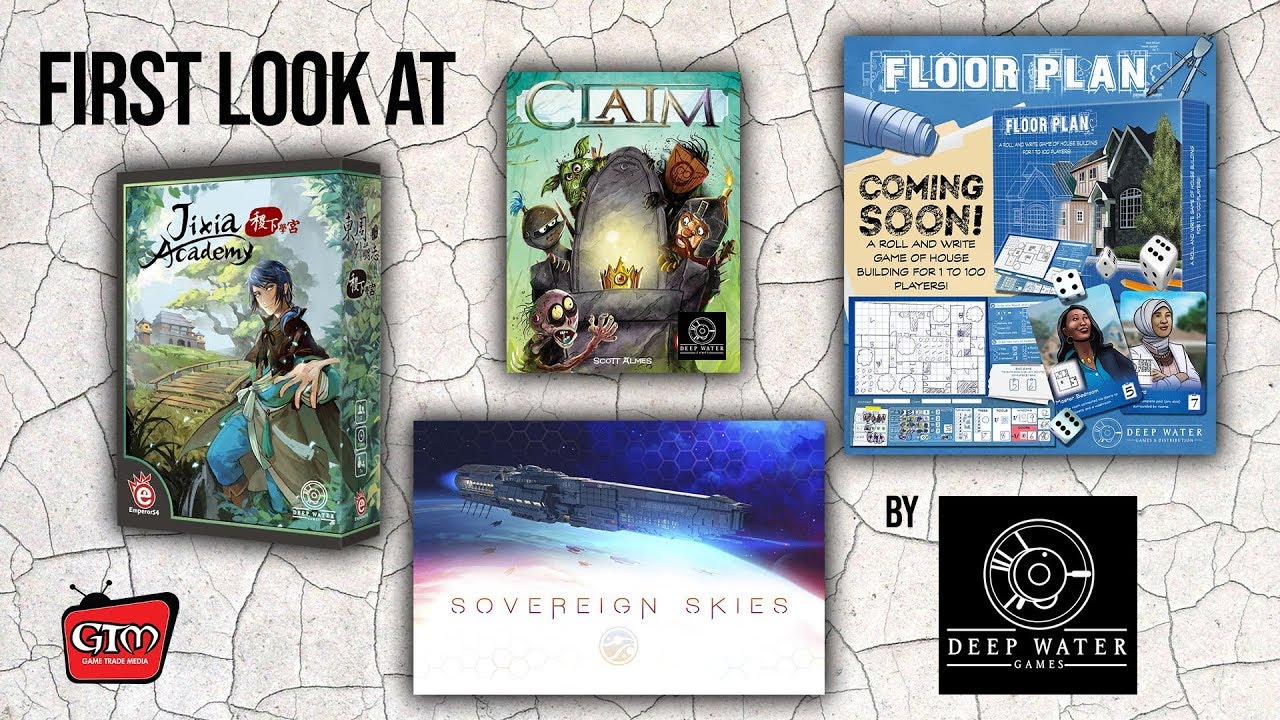 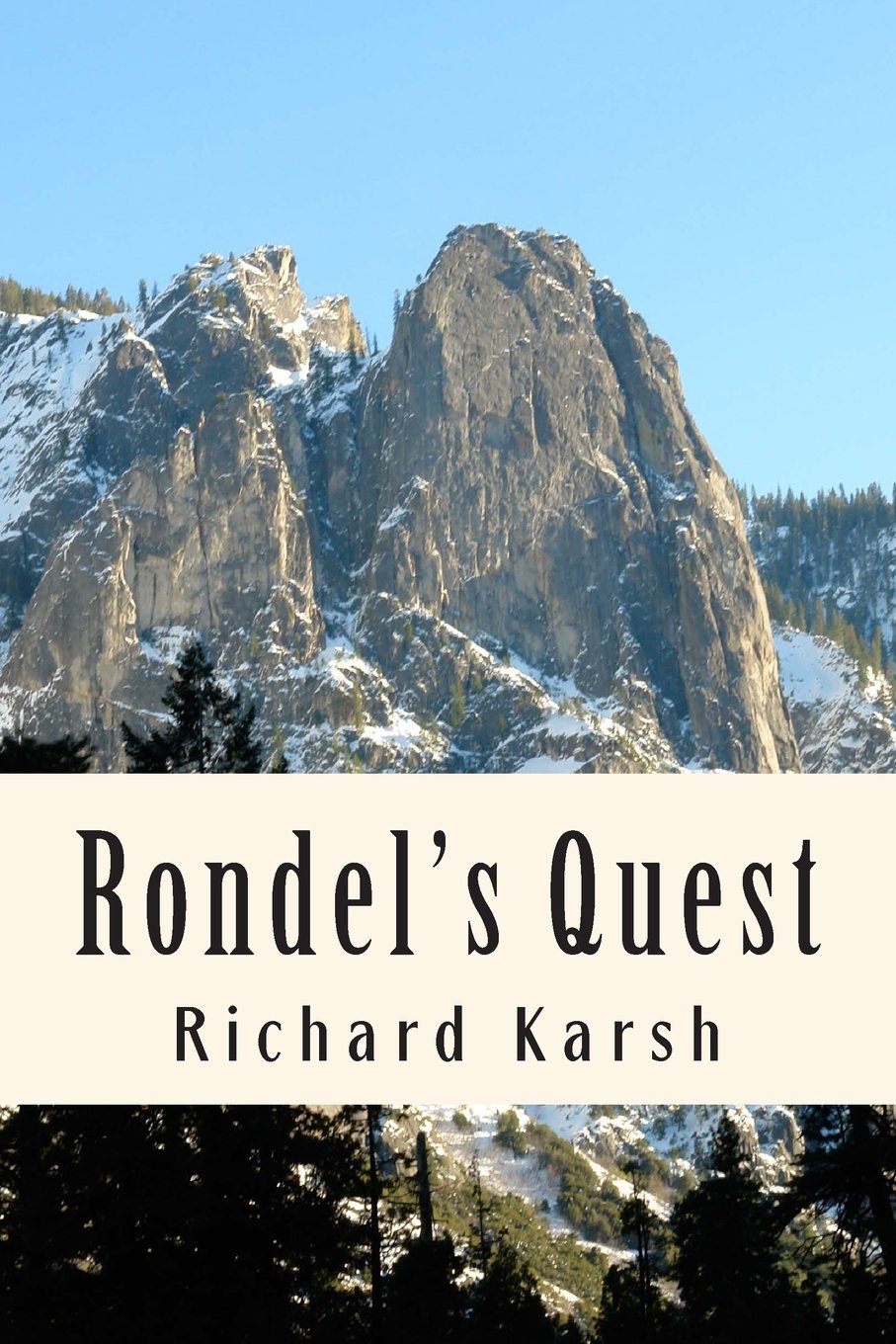 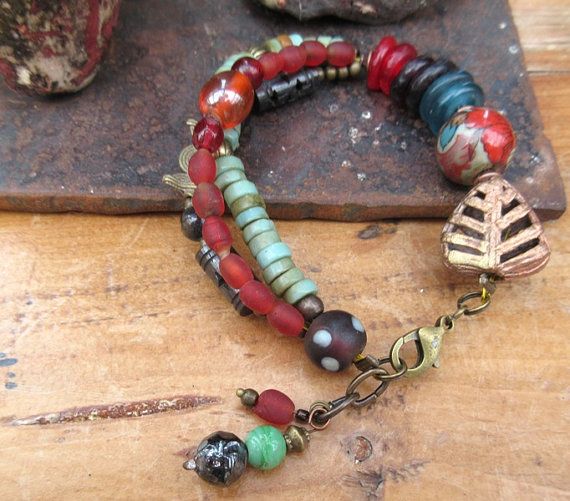